History of the Beth Donovan Hospice

Beginning in Merrickville’s St. Ann Roman Catholic Church’s spacious rectory as a respite care hospice, the Merrickville Community Hospice was founded by Fr. Brian Hart and the Parish Council, along with parishioners of St. Ann’s and the Merrickville Town Council. The hospice development was incorporated in 1993 and no longer involved the rectory, but called for service in clients’ homes, or out of a free-standing location.

In January of 1994, a registered nurse named Beth McGrath (later Donovan) became the coordinator of volunteers, and implemented the first volunteer training program that March; those preliminary volunteers went on to serve thirteen client families in that first year.

For over three years, Holy Trinity Anglican Church in Merrickville provided free office space for the Hospice, and by December the hospice received its first grant of $1,300 from the province.

The hospice continued to grow with 2,550 volunteer hours of service donated to the local community during the fiscal year 1995-96; by ‘97, the hospice had its own rented space in Kemptville, with a registered name, seal, and increased provincial funding. In conjunction with Blair & Son Funeral Home in Smiths Falls, a spring and fall bereavement group was offered in 1998-99, open to all bereaved persons in the area.

By 2003, service was officially extended to the former Rideau Ward of the City of Ottawa and provincial funding had increased to nearly $27,000, which still only subsidized 18% of our annual budget. However, our funding and client base steadily increased by 2006 to the point where the dream of a Residential Hospice was renewed. Although not mandatory, Level 1 accreditation for the Hospice was sought and achieved in 2009.

During October of 2012, government funding was substantially increased allowing us to grow considerably. More recently, a feasibility study was conducted to further identify the next steps of development for the hospice; community consultations, client and volunteer interviews, along with hospice staff helped to inform the study. As of 2015, the Beth Donovan Hospice offices have moved to larger quarters and now offer a Day Hospice Program, Home visiting program, Spiritual Care, Equipment Lending, Grief Counselling, Bereavement Groups and more to our community. Future goals include implementing new group programming running quarterly, an online inventory of grief resources, and training additional volunteers for our programs. 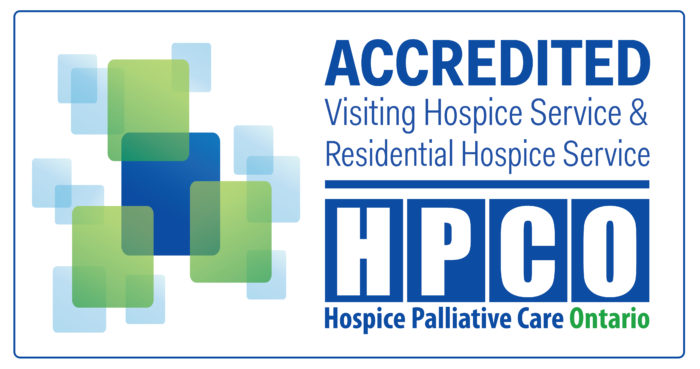 The Beth Donovan Hospice has CANCELLED the following services for the NEXT 3 WEEKS:

Also, we are NOT accepting the return of any equipment.  We will still loan out equipment but please call us ahead of time at 613-258-9611